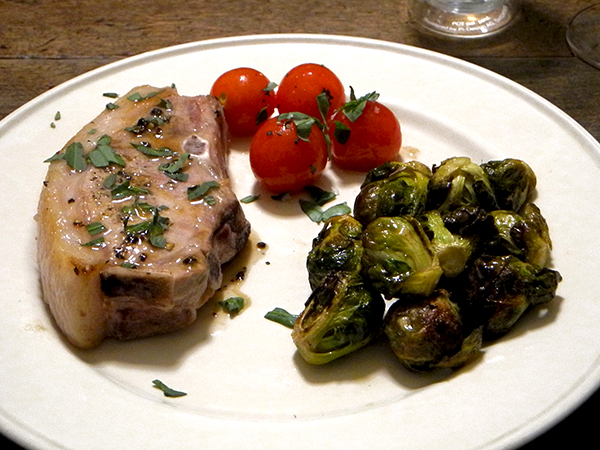 We hadn’t eaten meat in 9 days, although that was certainly no hardship for us.  After enjoying a small duck breast, from Long Island or Pennsylvania, on October 22, we had feasted, in succession on Long Island eel; ‘Hudson River prawns’; zucchini-filled pasta made 2 blocks away; penne with local Romanesco; and New York-local-waters-sourced mackerel, crab cakes, scallops and Grey Triggerfish.

We broke our inadvertent fast last night with some delicious pork chops from upstate NY.  The duck and pork recipes have been among my favorites for a long time, but I’ve added some new choice ones from among the meals which those two dinners bracketed.