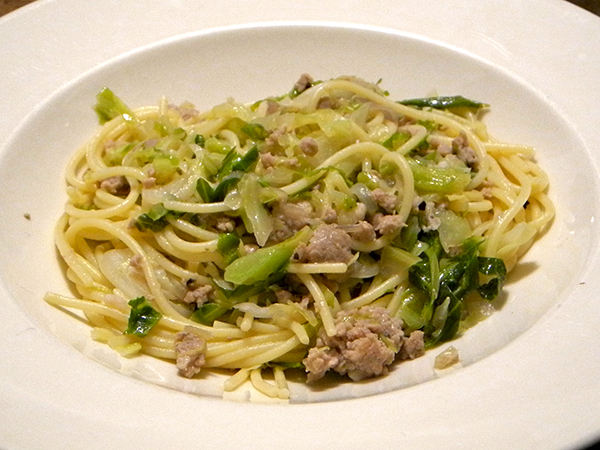 Note to self:  This is a great dish, but the amount of cabbage suggested in the recipe which inspired it should be reduced dramatically, by half, or even more.

I had not been looking at the forecast at all, so I didn’t choose this entrée because we were expected to get the first real taste of colder weather the night I put this dish together, but obviously a meal which included cabbage and sausage was a welcome greeting for a new season.

The basic form of the recipe (which was in fact itself pretty basic, with few ingredients) comes from Martha Stewart. It was delicious, but, as I mentioned above, the amount of cabbage she prescribes is far more than needed.  There was enough left over to allow another visit with it, even as an entrée.