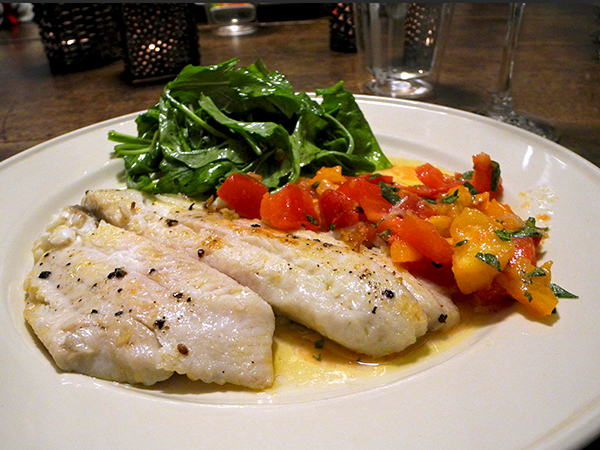 Because flounder, or any of several related species found within New York waters, is such a great dining fish, because it’s so freely available, extraordinarily fresh, from our local fishermen, but also because, for many months of the year, we’re also fortunate to live with a huge bounty of tomatoes, I end up rearranging this basic recipe over and over again. And it seems to get better each time. But, just as important as any of those considerations, there’s the fact that it’s a very simple and very quickly-prepared entrée.