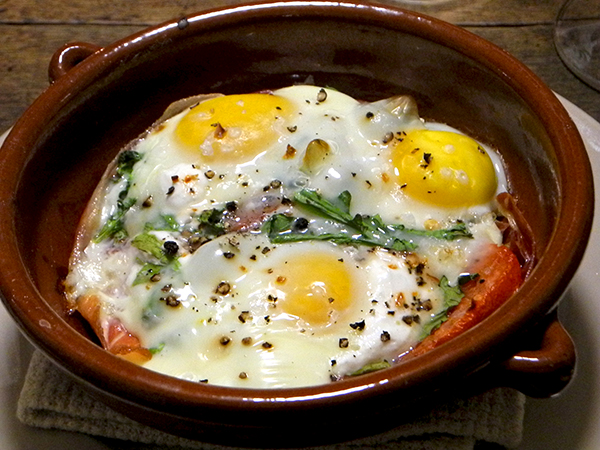 Among those variations, to improve the chances for getting the eggs cooked just right, I’d suggest using ceramic dishes, or a single one, with a larger diameter than the six inches I had available.