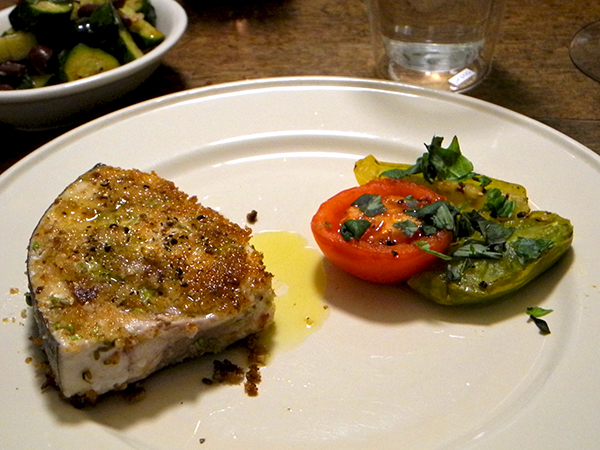 The  swordfish was on sale. I love swordfish. I love herbs. I always have a number of fresh ones on hand. I like trying out different treatments. I sometimes make the wrong call.  Now I know that fresh fennel seed just doesn’t have oregano’s ooomph.

But it was still all good.