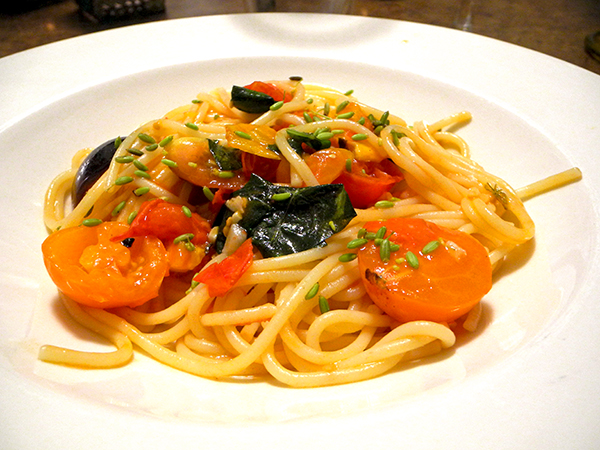 More than just a vehicle for some wonderful late-season tomatoes, this simple pasta dish paraded every one of its ingredients.