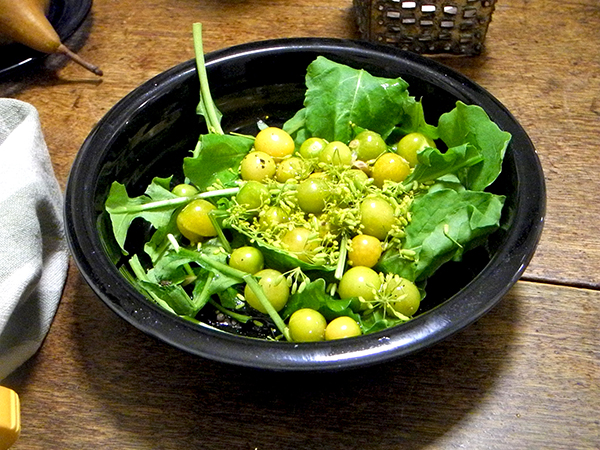 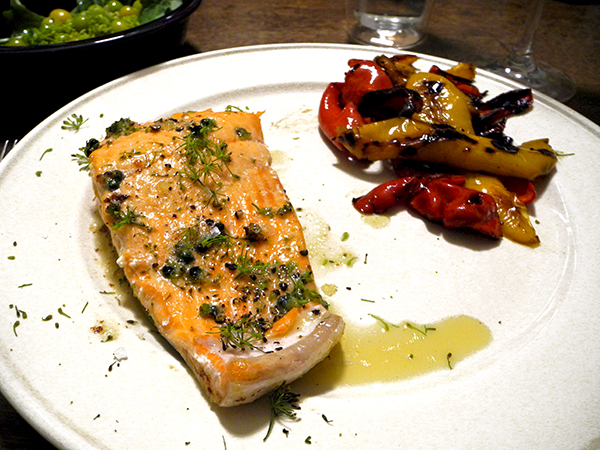 Note to self: All elements combined to make this a terrific meal, and it looked dazzling as well.

I’m not really trying to serve fish almost every night, but I find that, for me at this time, having at least a small portion of either seafood or meat makes it easier to build a good vegetable accompaniment (it’s an ‘accompaniment’, so it has to accompany something), and meat just doesn’t interest me as much as fish does right now.  I also still think that it’s very often more interesting to serve wine with an entrée which includes something other than just vegetables, although that too may change for me.

On my way uptown to a recital early this evening I thought about the fact that I hadn’t really planned what I was going to prepare for dinner, and the fact that that seemed to have been a conscious decision.  Then I quickly made the connection between the subway route we would be taking home and the fact that the Whole Foods on the corner of 24th and 7th always has wild northwestern salmon, and it’s often on sale.  Barry had mentioned that we had a larger supply of good pinot noir on hand than usual, and I thought of the dill flowers in the refrigerator door, and the bag of Corno di Toro sweet peppers in the crisper which I was anxious to try.  Salmon sounded absolutely right.