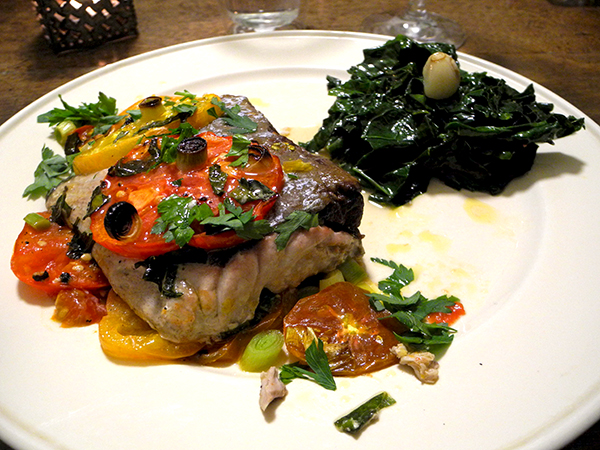 I suppose it should not really be surprising, but every time I prepare this dish, using pretty much the same recipe, it both looks and tastes differently than it ever did before.  This one may have been the best yet.

Oh yes, I have to say again how sorry I am that some people haven’t learned to appreciate the (possibly acquired) full-flavored taste of this extraordinary fish.