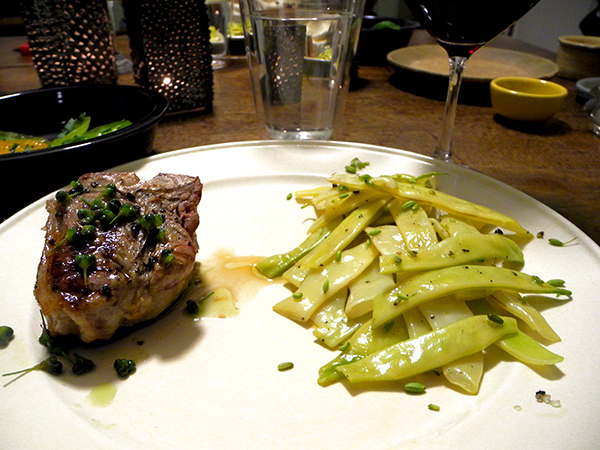 It was a pretty colorful meal, and a tasty one, but, while enjoying the herbs – and the savory buds – I could not help thinking of all that I will miss once this summer is past.

Prior to the meat course, there was a primi, a revisit of a pasta from three days earlier boasting the addition of some fresh herbs (spearmint from Lani’s Farm and summer savory and lovage, both from Keith’s Farm) and a drizzle of good olive oil.

There was also a cheese course, which included two cheeses from Consider Bardwell, ‘Manchester’ and ‘Slybro’, both made from goat milk, served with some very, very thin slices of ‘Integrale’ bread from Eataly, toasted in our McGraw Electric Toastmaster (introduced in 1936, the year our apartment building was completed).