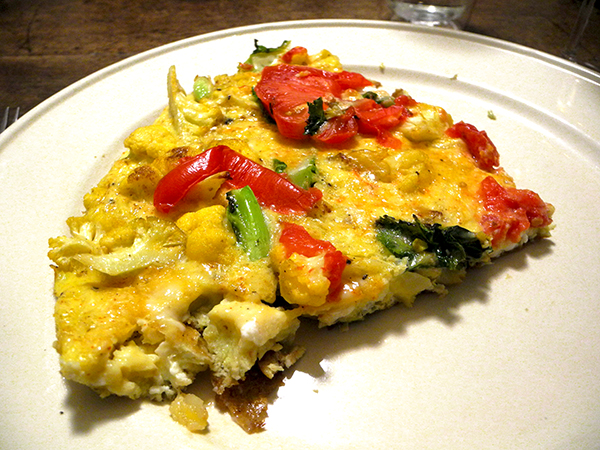 It was a cauliflower, frittata, and we both love anything cauliflower, including this dish.  Apparently not everyone shares our enthusiasm, because, in his description of this primi, which I used as my rough guide, Kyle Phillips tells us that the great Italian cookbook author Pellegrino Artusi definitely did not think much of the vegetable, writing in an introduction to his nineteenth-century recipe, “You will need to know the quantities if you are to make a good frittata with a vegetable as insipid as this.”