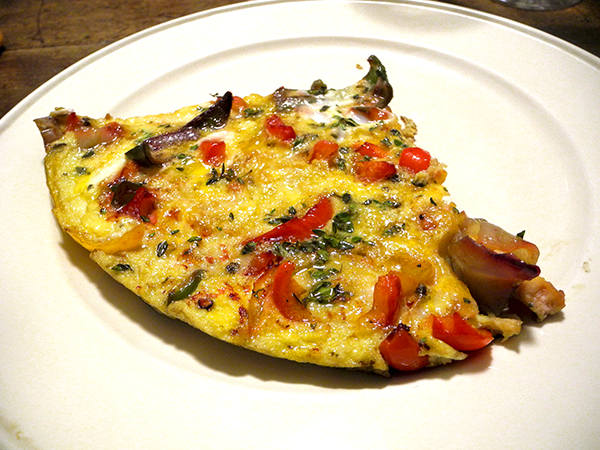 This is the revisit of a frittata I had put together about a year ago.  What might have made it stand out a little this time, aside from an expected variation in the peppers I chose to incorporate in it, was the fact that I also included some beet juices which remained from a salad a part of a meal prepared a few days back.  The deep red liquor meant a subtle tweaking in both the taste and the color of this otherwise very Italian ‘omelette’.

We rarely have a dessert course, unless we count cheese, but this evening we enjoyed a favorite, and quite simple, treat, fresh peaches and a great gelato, for the second time in four days (yup, the little spots in the ‘ice cream’ are from the really excellent vanilla) 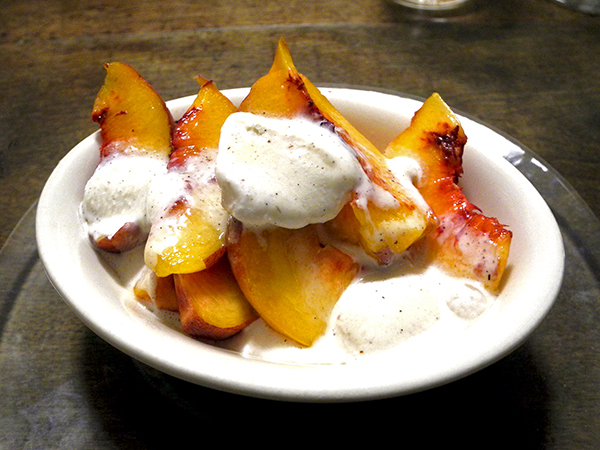