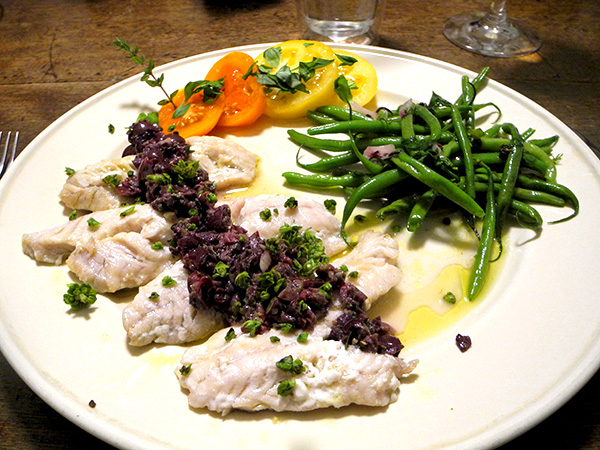 Note to self: This was my second outing with sea robin, and the result was even more delicious than the last time.

I absolutely do not understand the fact that this fish is still so unappreciated.  My memory of sea robin goes back to my first and only experience of fishing in Atlantic waters.  It was over 25 years ago, a company outing, a day trip, on a small party boat running off Long Island, and while we were hoping to haul in fluke, we were just as likely to hook a sea robin.  Sadly, or not, I think these fascinating little ‘winged’ creatures were all returned to the sea that day.  I took home the fluke.

I’m not even going to dwell on the fact that a generous serving for two will set you back little more than $5, or the fact that it is one of the easiest fish to prepare.  I’m thinking of the taste and the texture, and, as always, the aesthetics of its appearance on a plate.

My next assignment is to come up with alternative preparations for this delicious fish, since I’m certain we will be enjoying it again and again. 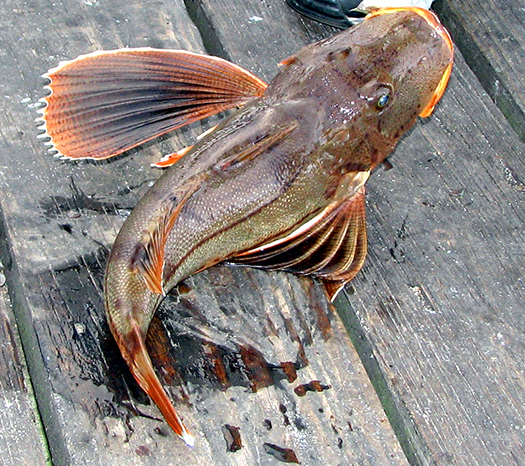 the sea robin, out of water, “Caught in New Haven Harbor”

[the image at the bottom is from Wikimedia Commons]