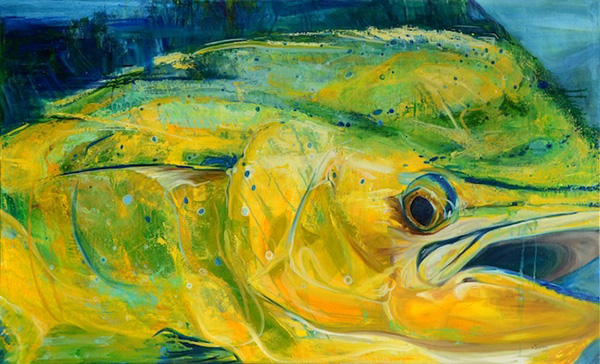 I forgot to put the SD card back in the camera after uploading the last batch of my pictures to the computer, so unfortunately there are no photo images of his meal.  Instead I’ve located the painting above as a stand-in for the main focus of the meal, and I managed to save some phone images of some of the vegetables while they were still at the Greenmarket.

Dolphinfish, perhaps the males especially, with their prominent square foreheads, are among the most spectacular-looking finned creatures in the sea.  In addition, they are apparently among the most plentiful, at least among fish of their size.  They are also absolutely delicious, which brings them to this blog.

Maybe it’s the New England in me, but I don’t like using the name, ‘mahi-mahi’ on this side of the continent, so I will continue to refer to this creature as a ‘dolphinfish’, or ‘dolphin’ (or, in cookery, as ‘dorade’, or ‘dorado’, the name by which online sources say Europeans have come to know it, at least in their kitchens and on their dining tables).

After writing all of that, I will confess that I remain confused about the freedom with which the name ‘dorade’ seems to be thrown about on the other side of the Atlantic, at least according to the Wikipedia entry for ‘mahi-mahi’.  In Europe, Dorade actually seems to be a form of bream, and not the ‘common dogfish‘.

All of which reflects the fact that, like most fish species, dolphinfish are both blessed with, and easily confused through, the use of many names.  Today most people in the western hemisphere know it as mahi-mahi, a rather cute-sounding Hawaiian name (meaning ‘strong-strong’, possibly an allusion to the fish’s sturdy appearance as much as its fighting spirit when hooked). That tag was apparently broadcast beyond the central Pacific by merchandisers who wished to avoid the common confusion of the sport and commercial fish with a beloved mammal [yeah, you’d thnk..].   They share the name because, it is said, both creatures have a habit of swimming alongside boats.

Finally, when it comes to the word, ‘dolphin’, my imagination is never very far from the graceful creatures that appear so frequently in classical design and architecture. I mentioned this in my first Food Blog post about preparing dolphinfish.  But of course I would love them for that alone. 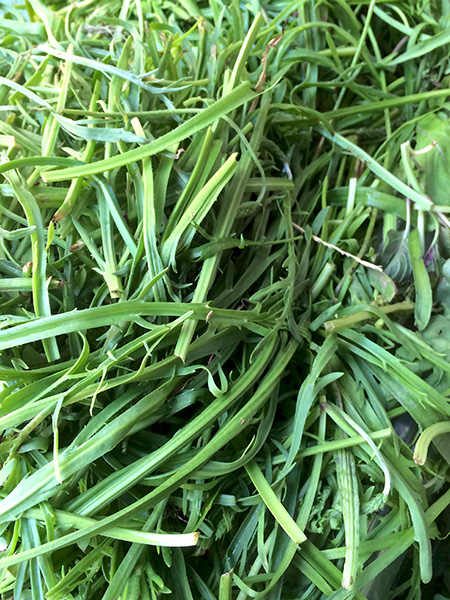 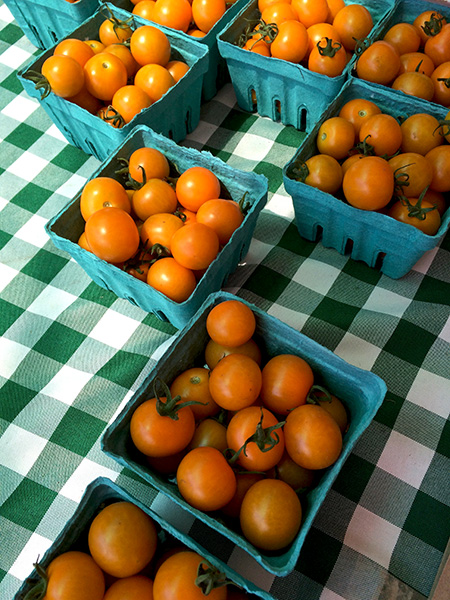 [image at the top is from the website of Becca Schlaff]