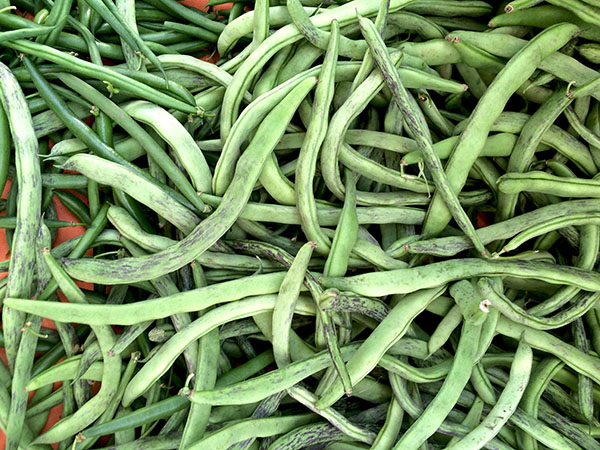 Franca steered me toward these outsize, slightly homely beans shortly after I had stopped by her stall in the Greenmarket on Wednesday.  Her knowing look, her nod, and my follow through to her enjoiner, “taste one”, were all I needed to scoop up enough of these Rattlesnake beans for dinner.  They were terrific even raw (always an indication of a good bean), and they more than lived up to that promise after a little parboil and the addition of lemon and one of my favorite herbs;  they had so much flavor however that neither would actually have been missed. 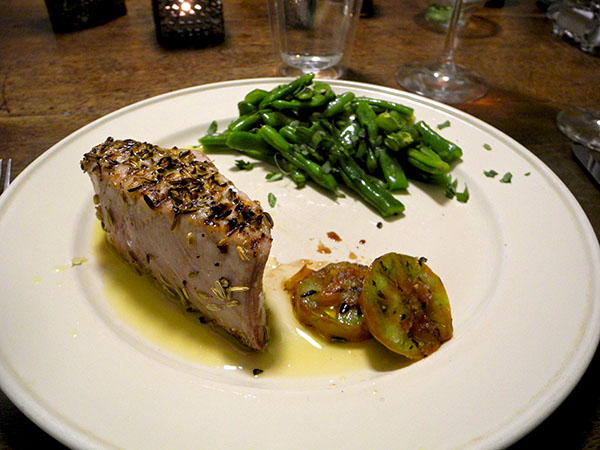 The tuna was unusually high at the fish monger’s on that same day; when I cut a very thick 11-ounce steak into two pieces, they each ended up looking more like ship’s prows than representatives of the undersea aristocracy that they were.