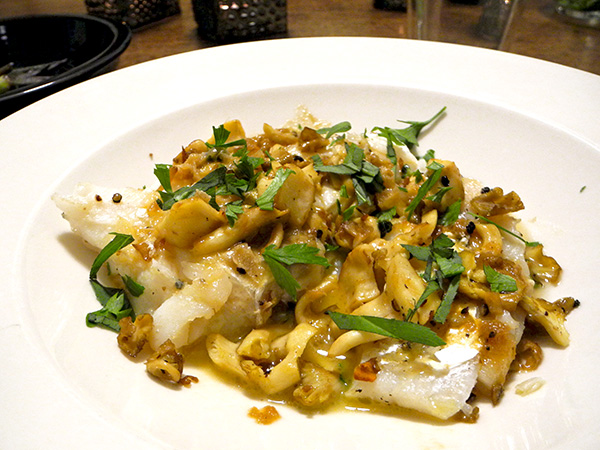 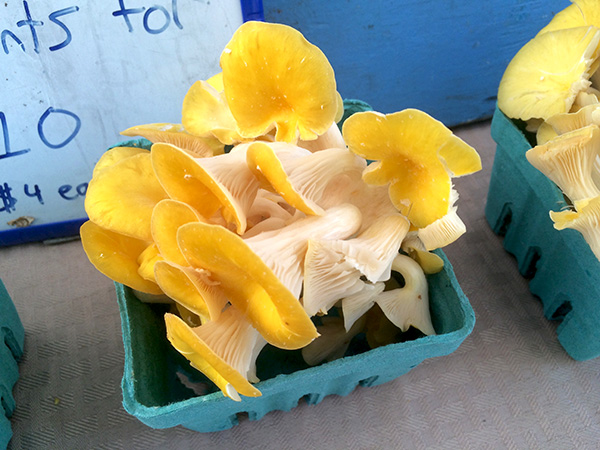 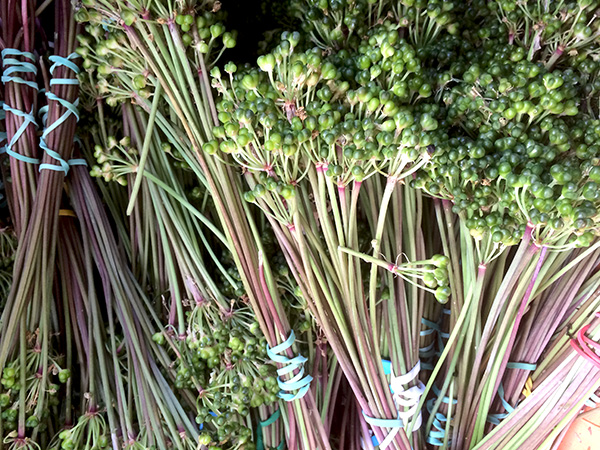 I’m getting used to incorporating mushrooms into meals, and I no longer fear taking on the responsibility.  I love them, they can alter any dish with a minimum of fuss, are close to foolproof, can often be prepared at least slightly in advance of joining other food ingredients, and most varieties will be easy on your wallet.  With the help of supplies from our local farmers and foragers at the Greenmarket, I’m learning to have fun with them.

The preparation of this meal with cod involved some Golden Oyster mushrooms; it was based, roughly, on a recipe from “I’ll Have Seconds!“.  The most significant change was my introduction of some ramp fruit (the seed blossoms of the woodland ramp) to the olive oil just after it had heated, and just before adding the mushrooms.  Also, and pretty noteworthy, the mushrooms I had weighed less than a fourth of the amount specified in the recipe, but these Goldens still did themselves proud (and the flavor of the cod remained undiminished).

The dish was delicious. I’m certain to revisit the formula, probably using more mushrooms, but next time I’m also going to be more careful about the amount of salt I bring to the dish.  It was only late the next morning that I realized the reason for the saltiness was my reduction of a cup of stock made from an excellent prepared vegetable base, but one which appears not to have been low-sodium (just found out they now have both ‘reduced sodium’ and ‘organic’ versions).  Without intending to, I had boiled it down too far while I had been escaping from a hot kitchen.

That would also explain why the picture at the top of this post shows a bowl with a sauce rather than the broth which appears in the image on Emily’s blog.

The okra can (almost) be spotted inside a black bowl on the upper left.