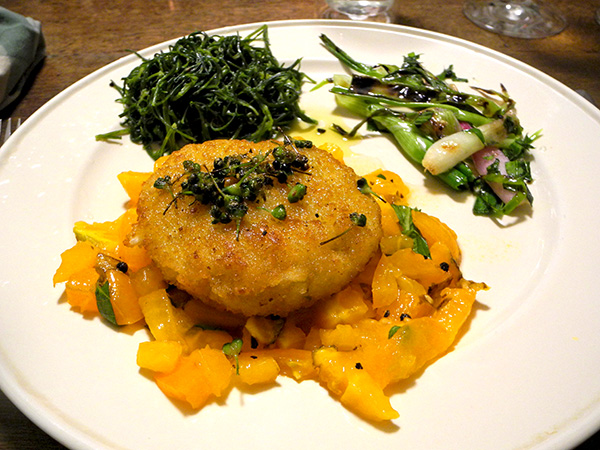 I won’t make extravagant claims about its visual aesthetic, but I will say that this was an incredibly delicious meal, and that was something of a surprise, since while I was preparing it I thought I was merely emptying the ice box and the cupboards prior to our leaving the city for five days.

I’ve already written about both the quality and the elegant utility of these superb crab cakes.

I also always think of these small, lightly-breaded savory patties as a perfect excuse for serving two or three interesting vegetables, and at least as many fresh herbs, especially since they require absolutely no preparation themselves.