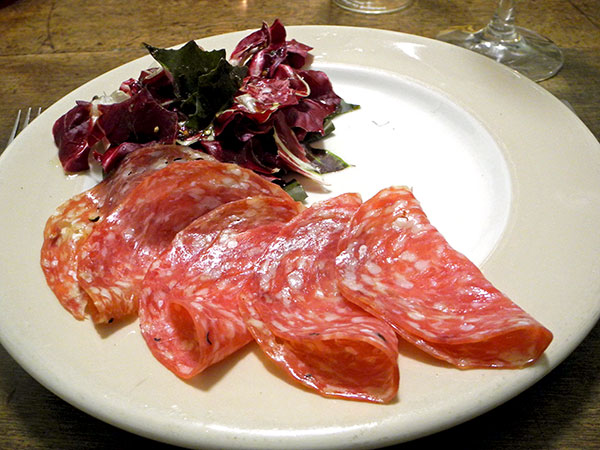 About ten days ago I happened to be passing the fresh handmade pasta bar at Eataly on the day our neighborhood store, one of my favorite food sources, was announcing that the next day it would be selling – for one day only – a filled pasta special of Scarpinocc.  They had examples on display that day, but not for sale.  These traditional forms would be filled with grana padano, taleggio, bread crumbs, and spices, then hand pinched into something which I thought looked like a bicorne (although legend would have it that the shape mimics that of the village’s characteristic local felt, or leather, shoe).  Of course I returned on the next day and brought home a small box – enough for two.

The next step was to investigate how it was usually served, and also what to serve as an antipasto.

The origins of Scarpinocc were in the humble northern Italian town of Parre, in the Lombardy province of Bergamo, “Qui non c’è mai stata la possibilità di grandi coltivazioni” [Here there was never the possibility of large crops]. The unique pasta form returns to the town every year for la Festa degli Scarpinocc di Parre, during the third weekend of August, which of course makes Eataly’s homage in early July a bit premature.

But delicious.  It seems the traditional sauce would be butter, sage (I used Rogowski Farm’s), and ‘cheese’.  The use of both taleggio and parmesan showed up in my online searches, but I wasn’t sure how I would introduce the softer alternative to the dish, so I went with the grating cheese, here Red Cow parmesan, also from Eatlay, slivered on the top).

For the starter/antipasto, I served something traditional from the opposite end of the Italian peninsula, sliced Calabrese salame from Colameco’s, drizzled with olive oil, with a lightly-dressed (good olive oil, lemon, salt, pepper) salad of a delicious local radicchio, from Tamarack Hollow Farm.

There was a cheese course, if only barely, since we had already satisfied ourselves.  It was pretty American;  there hadn’t been a line that day at the Eatlay cheese counter, so I asked one of the people I usually see there what he felt especially good about at the moment.  He immediately replied, “have you tried this cheddar?”  I had almost forgotten about cheddar, because I have come to think of it as more suitable to the kind of food I usually don’t prepare, and more recently because, well, it was now summer.  I tasted it;  it was ‘Flory’s ‘Truckle’, an artisanal cheddar-style cow cheese from Iowa. It was fantastic. 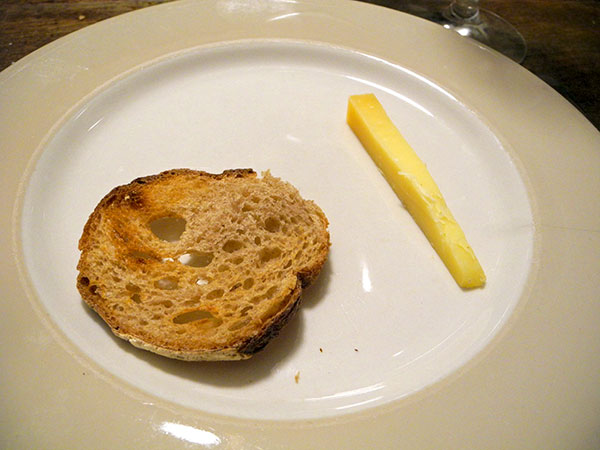