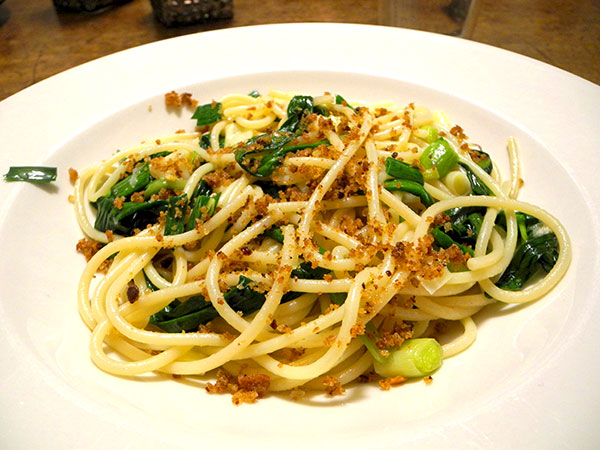 I threw almost everything allium-ish I had at the time into this bowl.  It felt like an improvisation, but it was more of an expansion of the simple Mario Batali basic recipe, through the addition of several ingredients.  I knew that even without my further attentions the ingredients would make it a success.  It was also pretty quickly put together.