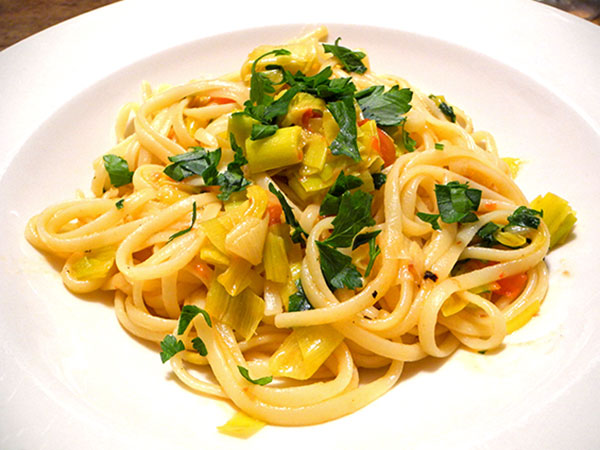 In this very simple pasta, the leeks themselves become the sauce, for which they need very little encouragement.  For a pound of long pasta, figure about a pound of leeks; the basic Marc Bittman recipe I followed is here.