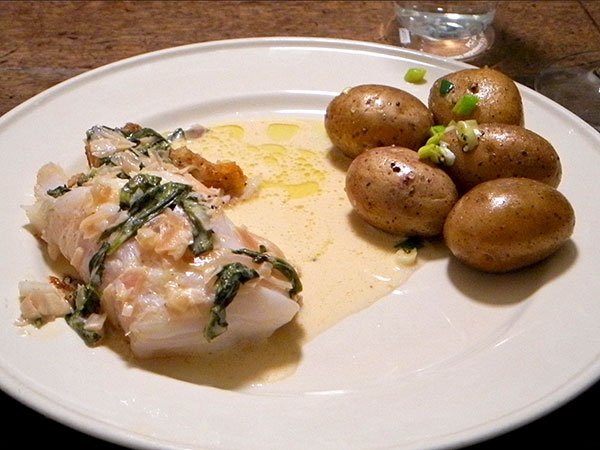 Note to self:  This meal turned out even better than I had expected, and our expectations had been pretty high.

We love sorrel, and a search of this site for the word would confirm that.

Yesterday, the first thing I saw after deciding on a beautiful, specially-price fresh cod fillet at P.E. & D.D. in the Greenmarket, was a basket of sorrel in the returning-for-spring stall of Bodhitree Farms.  Our dinner was suddenly almost fully conceived.

The meal was a huge leap from that of the day before, in the kind of ingredients, the style, and lusciousness.  And I even managed to hold back some of the sorrel (a little goes a long way in some dishes).