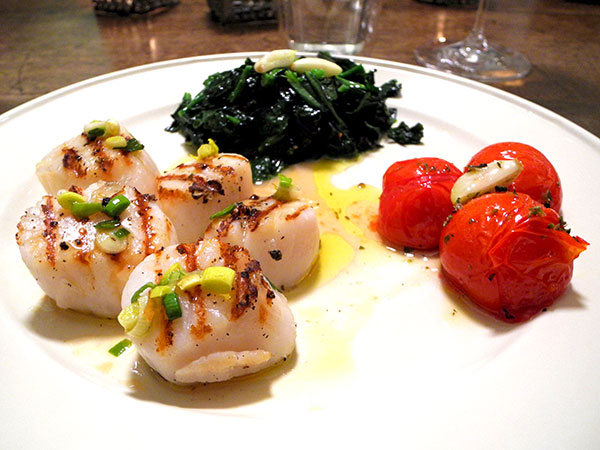 I haven’t looked using the search function on this site, but there’s a pretty good chance that at some time in the past I’ve posted a meal which featured the same three main elements included in this one.   We like each of them a lot, so it wouldn’t be a surprise if they had gotten together more than once.  Even if this might look like a repeat, it wouldn’t be entirely the case because last night there was one significant ingredient I wasn’t using until this winter:  baby leeks.