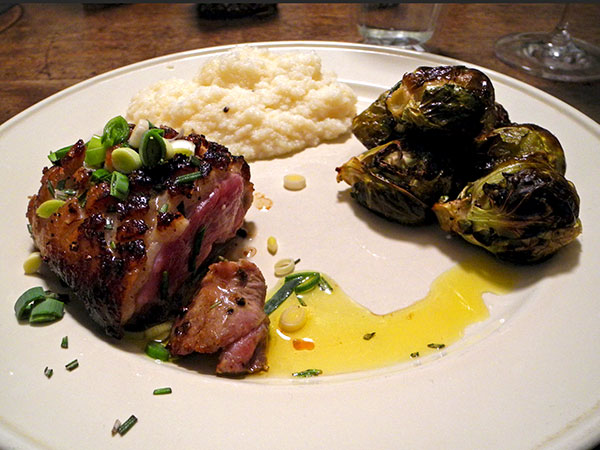 Note to self:  This was really, really good.

Once again the weather had shut out the Union Square Greenmarket fish sellers today. I had no other plan for dinner; not having defrosted anything the night before. I was very much conscious of the continuing cold weather, so I decided that we might be excused if we enjoyed a meat entrée two days in a row.  I was going to be near Eataly today anyway, so I popped in and picked up a small-ish Pat La Frieda duck breast, one of our favorite game-like meats.

We had a bit of the speck and pear lasagna left over from Valentine’s Day;  it made a delicious primi to introduce the rich duck.  I also had some white polenta remaining from a meal of Venetian lambs liver last Wednesday.  A dozen or so what I was told were finally the very last Brussels sprouts of the season became the contorno. 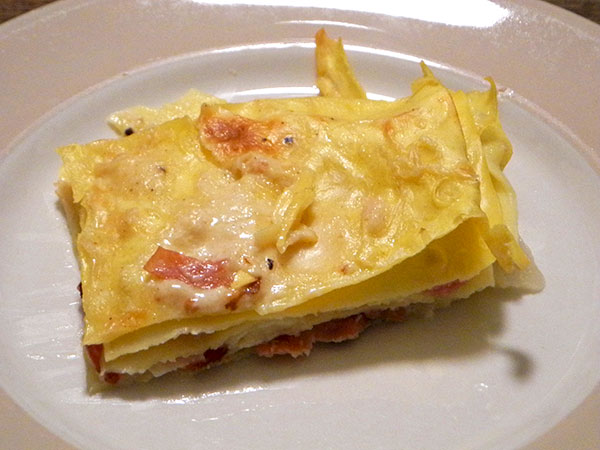