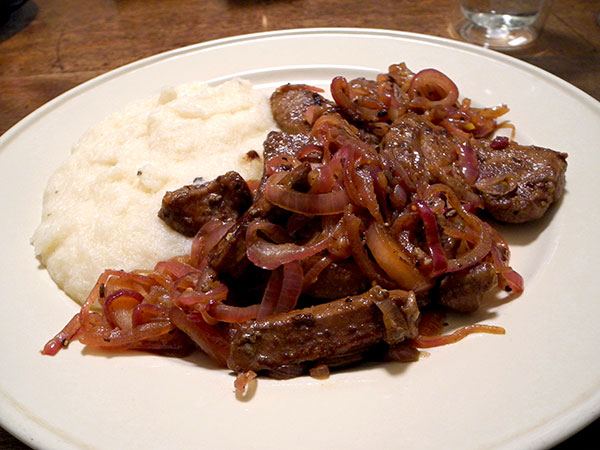 Completing a full circle, last night it was back to polenta.  I had one more piece of the excellent lambs liver I’d bought from 3-Corner Field Farm early in January.  The first bit went into a sauce for hare; the second was sautéed whole and accompanied by cabbage leaves and roots;  and last night the third portion was prepared in the tradition of northeastern Italy.  Inexplicably, it’s also a tradition followed by my dear Wisconsin-born, fränkisch–Extraktion Mutter (except that Mother never prepared polenta).