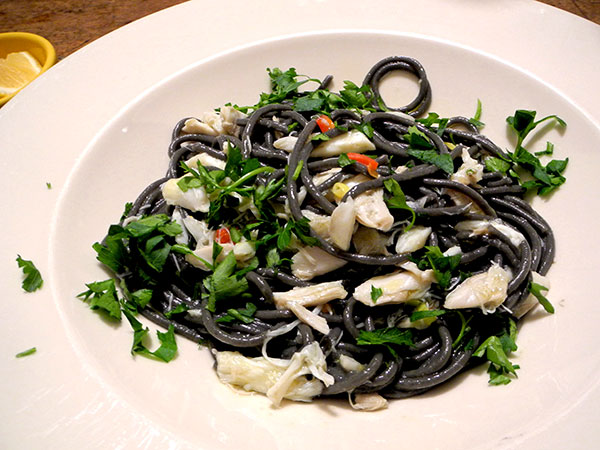 I couldn’t get to the Greenmarket on Saturday, but I still hoped we could have seafood that evening.  Thinking lately of squid ink pasta, partly because we already had both spaghetti and penne forms in the larder, decided to mix it with cooked crabmeat, since I would be able to up a fresh container of that luscious crustacean just half a block down the street.  The concept hardly needs a proper formula, but while looking for ideas which might incorporate vegetables I already had on hand, I came across this extremely simple recipe by Frank Camora.