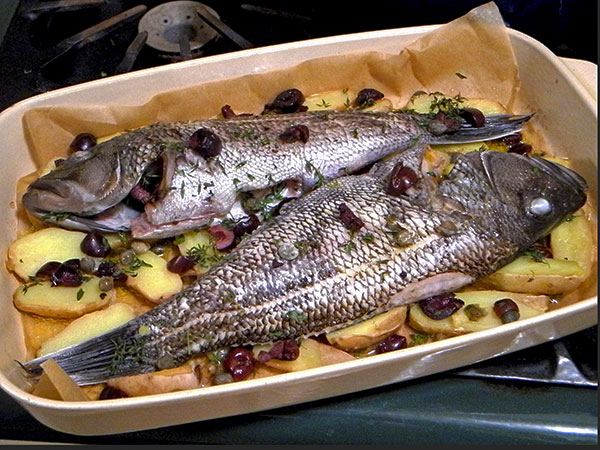 The image is of the entrée resting on the range surface of the old Magic Chef after it had been removed from the oven.  It was just before the real operation actually began.  But it wasn’t so much the filleting that was a challenge, rather it was the inevitable encounter with the bones.  Somewhere through the meal we both decided that it was good to serve whole fish occasionally, for the flavor, the aesthetic, and the experience, but working with fillets was so much more relaxing all around.

One of the fish, along with the contorno, appears (on one of the two large plates which I had to pull out from the bottom of the cupboard) in the photo which follows this description of its preparation: 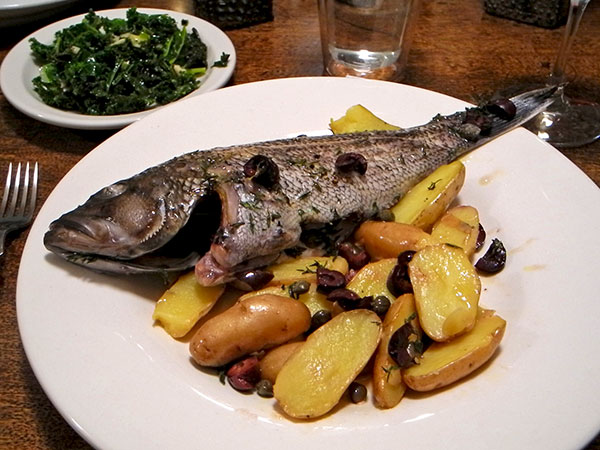