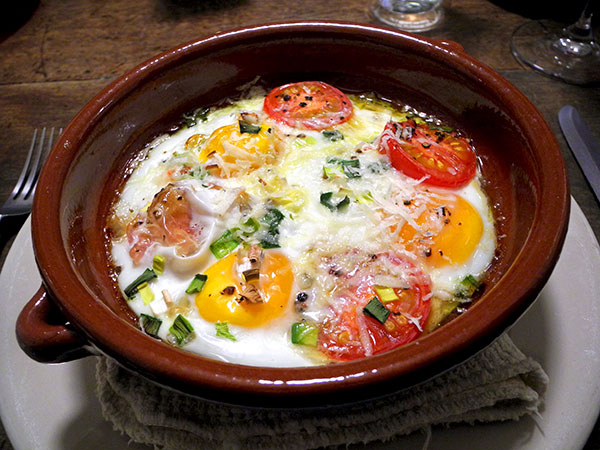 I haven’t gotten this dish down to where I can say it always works out perfectly, even if we’ve always enjoyed it’s seductions, but I’m hoping to get there eventually.  The ideal would be whites just set, yokes still slightly runny, and I’m pretty sure it’s as much about the mass and type of ingredients as it is about the timing.  Part of my problem may be that I keep changing the rules, by which I mean, the ingredients used.

Incidentally, I had intended to add halved or sliced boiled potatoes to the mix this time, which would have made the dish more of a dinner course than it was, but I forgot to do so while I was rushing the light-handed improvising.