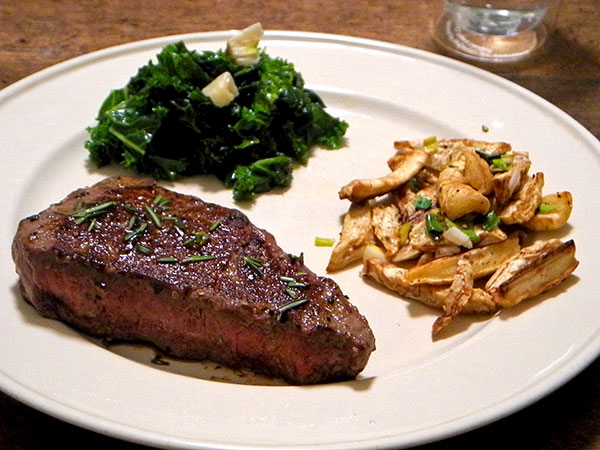 I knew that we did not have much time to put together a meal after returning from another fantastic Target Margin Theater Lab productions tonight, so, planing ahead yesterday, I picked up two very special small steaks from Dickson’s Farmstand Meats on a slushy trip to the Lobster Place in what turned out to be an almost completely deserted Chelsea Market (the storm alerts seemed to have done their job).  I already had several kinds of winter roots at home, and an abundance of fresh January kale (he smiles here), so the meal I planned for what was, after all, a school night, would definitely not involve an overlong process.