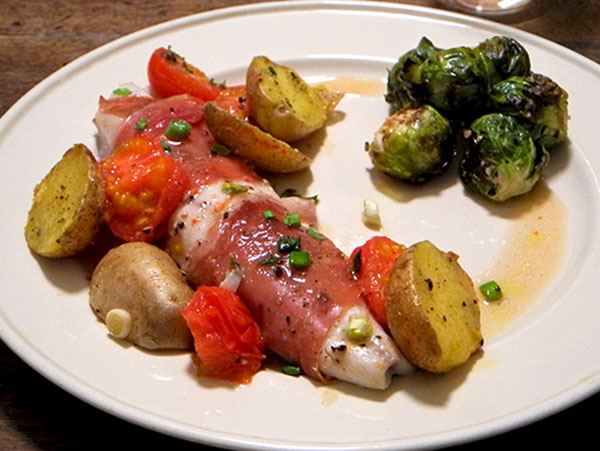 I was at the American Seafood stall in the Greenmarket, looking for something which I had not prepared recently, but also something which was not particularly expensive. Both conditions would be important last night, because once again a commitment would keep us away from the apartment for part of the evening and I wasn’t really going to have much time to make a dinner.

I feel compelled to say that the event was Cynthia Carr’s fascinating illustrated talk about David Wojnarowicz, at the Anthology Film Archives.

I had spotted the pollock fillets almost immediately.  I thought I could remember my earlier encounter with the fish had been a success, but I double checked by using my phone to look at our food blog (it’s actually why the site was created in the first place) before I made my choice.

This time I tried a treatment which was very different from my earlier outings with the great North American pollack.