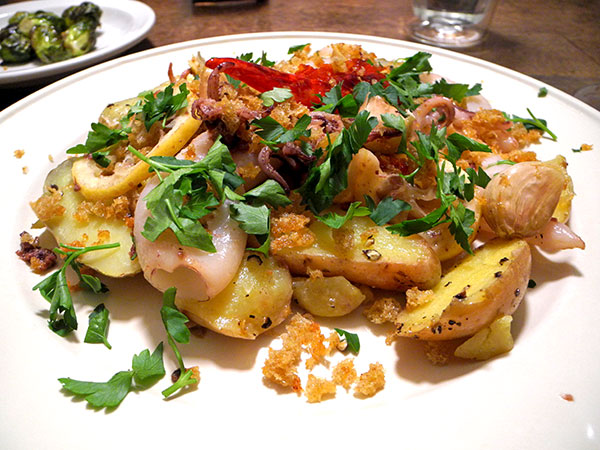 Because of the fairly severe weather conditions yesterday, before I headed down to Union Square and the Greenmarket for fish, I checked the online notice of who was there and who was not.  I learned that there would be no seafood, and in fact that there would be almost no Greenmarket at all, so I headed to the Lobster Place, taking the market news as a sign that for a change it might be a good idea to do something with shrimp, which of course is not a local catch.  When I got to the store I was immediately distracted by a bowl of cleaned baby squid, with tentacles, advertising themselves as Rhode Island natives.  Immediately smitten with both the image and the sign, I decided that the shrimp would have to wait for the next North Atlantic storm.