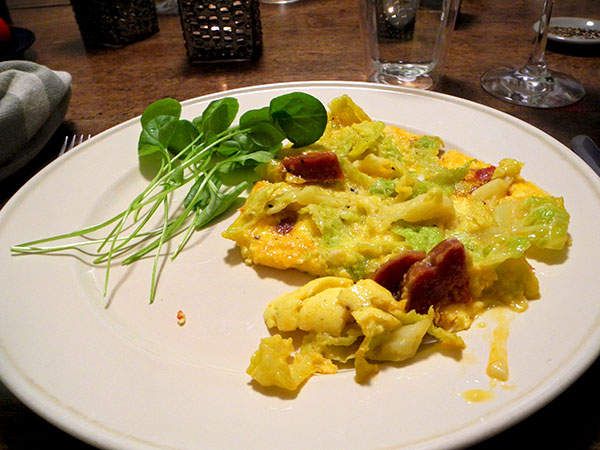 I try to interrupt, or bridge meat and fish meals with pasta, egg, or vegetable entrées (and sometimes that means an interval of more than one evening), and tonight it was the turn for a frittata, although it was one which included a bit of cured meat as well as a great, underappreciated vegetable.