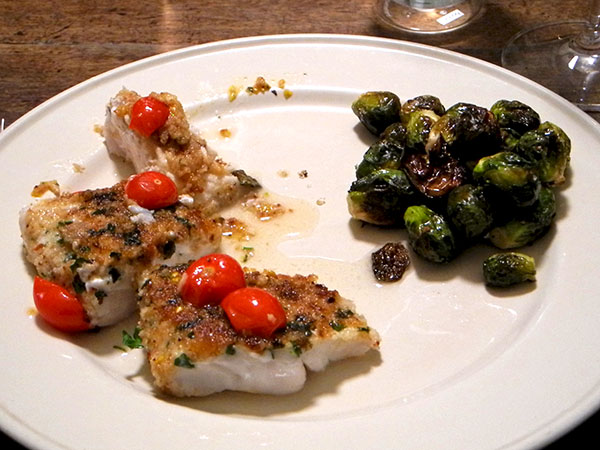 The recipe is basically a (very basic) Thomas Keller formula.  I added some halved cherry tomatoes, both to introduce a bit of color, and to save the fruit from advancing beyond its prime sweetness.