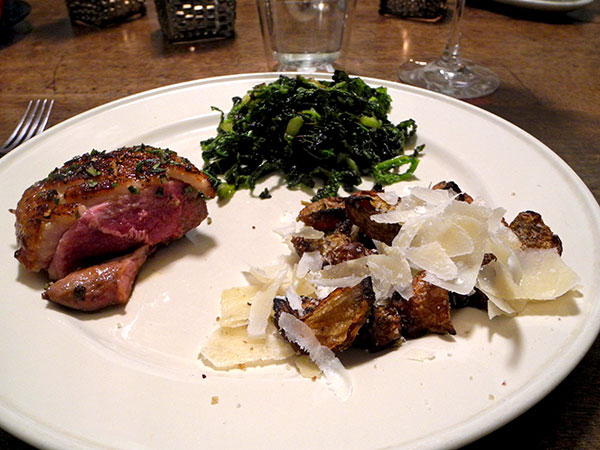 Still trying to address my stash of root vegetables,  I feel that I made some progress with this meal, whose whole was even greater than the sum of its parts, even as the parts were pretty terrific.  I would be happy to take credit any day of the year for a dinner that tasted this good, but certainly much of its success was purely chance.  The three major elements and the treatment of each, except perhaps for the duck breast, to which I was committed as soon as I decided to defrost it last night, were pretty much cobbled together at the last minute.