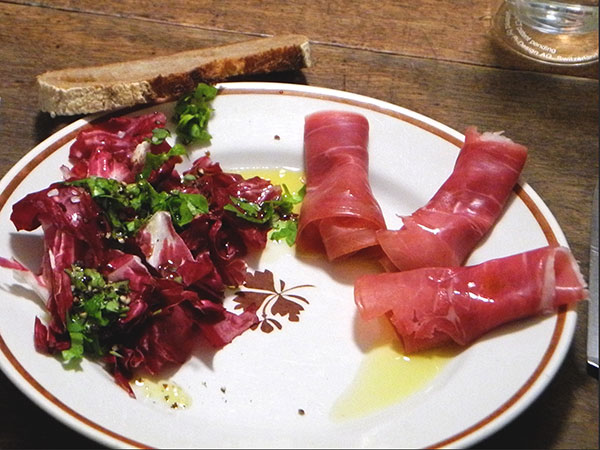 I thought I was going to be eating as a bachelor earlier this week, so I had expected to only have some leftover linguine with clam sauce from two nights earlier (sans the clams themselves, which had disappeared in the first round.  Then Barry IM-ed me that he would be home earlier than planned, and would join me for dinner.  Anticipating such a possibility, or the need for improvisation on some other night, I fortunately had fixings on hand for a decent first course. 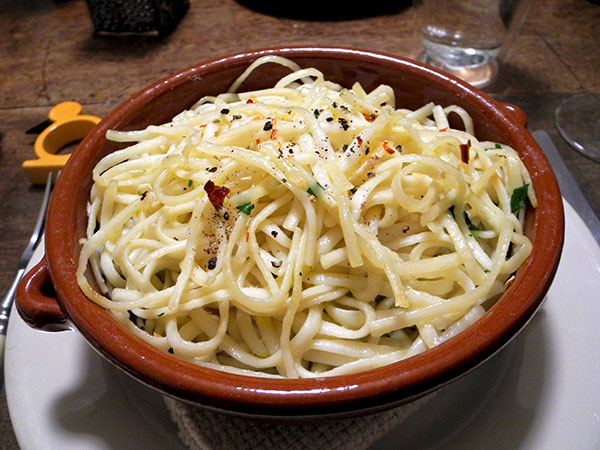