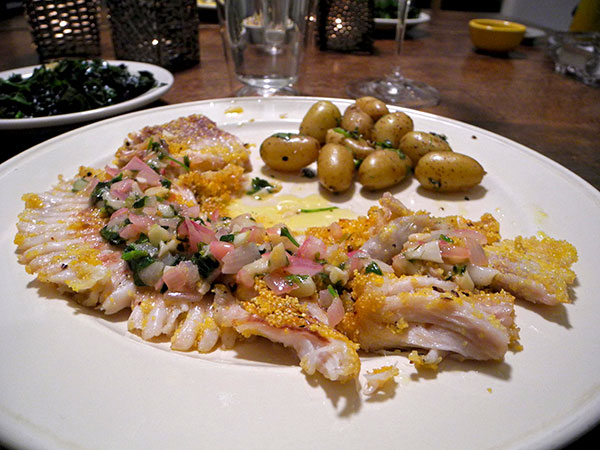 The skate pictured here was uneffably sweet and delicate (note: there were no capers in sight), and the entrée was accompanied by Bruckner’s wonderful second symphony, itself performed with astounding sweetness and delicacy by Marek Janowski and the Orchestre de la Suisse Romande .  We were listening to it on Spotify