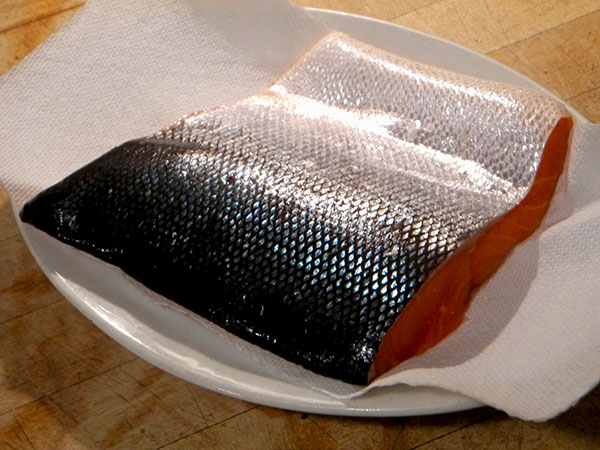 This was one of the most beautiful pieces of salmon I had ever seen in my kitchen, and tonight I believe we were able to honor this noble fish as one of the most perfect salmon entrées I have ever enjoyed.  The simple, excellent recipe is from Mark Bittman, and it was published in the Times over three years ago.  The roasted sweet potato recipe (which includes only the tubers, olive oil, salt, paprika) is of the most extreme simplicity, and totally inspired.  The greens (peppery radish leaves) are something normally discarded as soon as they arrive in the kitchen, but they are among my favorites. 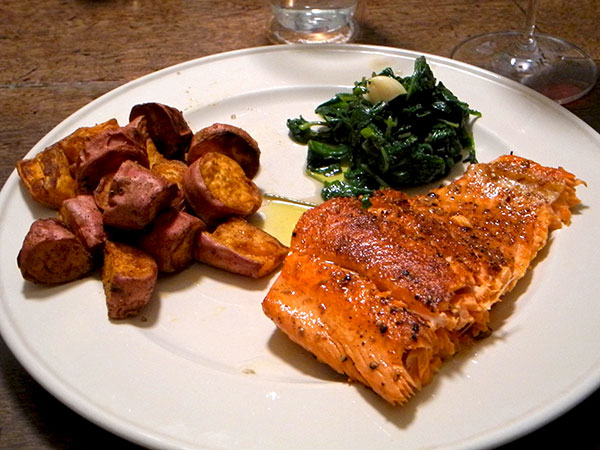