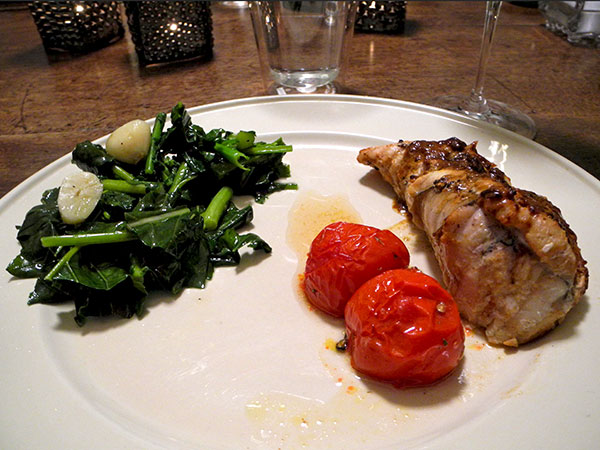 Monkfish is often described as resembling lobster, both in its flavor and in its texture, but in this very simple treatment, outlined by Mark Bittman a while back, which I tried for the first time last week, the resemblance was closer to a juicy cut of veal.  I’m not sure how I feel about that, but I’m likely to use the recipe again, perhaps switching to a paprika dulce instead of the picante I used this time.