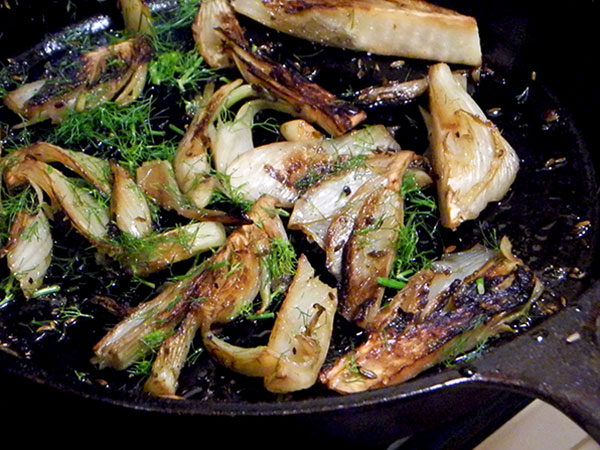 This was an incredibly delicious meal which incorporated several much-too-under-appreciated foods, including pollock, lovage, fennel, fennel seeds – and fennel fronds!  Did I say that the Pollock was really, really good, and that it tasted nothing at all like fish fingers or fake crab meat?  In fact, with its somewhat crispy edges, even without skin, the taste and the textures reminded me of the freshwater perch I enjoyed so much decades ago in the Midwest;  so maybe it was the flour? 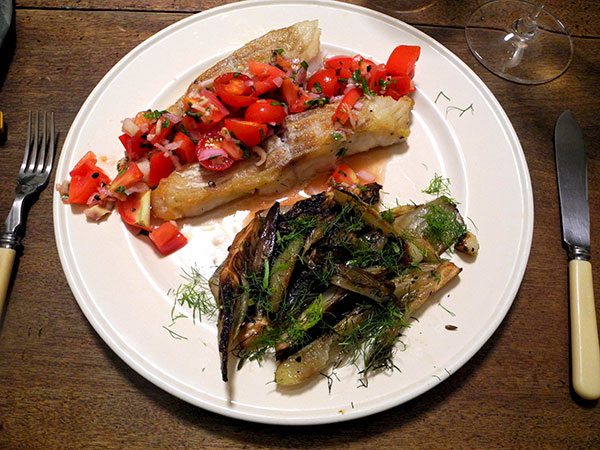