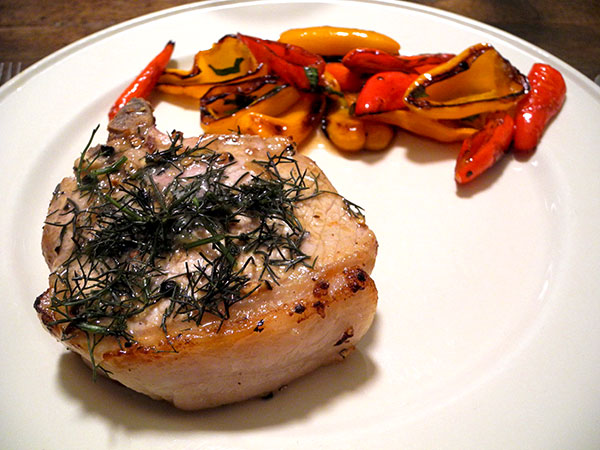 This entrée was shockingly quick and easy to assemble, incredibly (literally!) delicious, and very beautiful.

Psst! I snapped the picture before sprinkling the top of the chop – and its environs – with more minced fresh green-and-copper-colored fennel fronds (it made the plate even, well, . . . prettier).