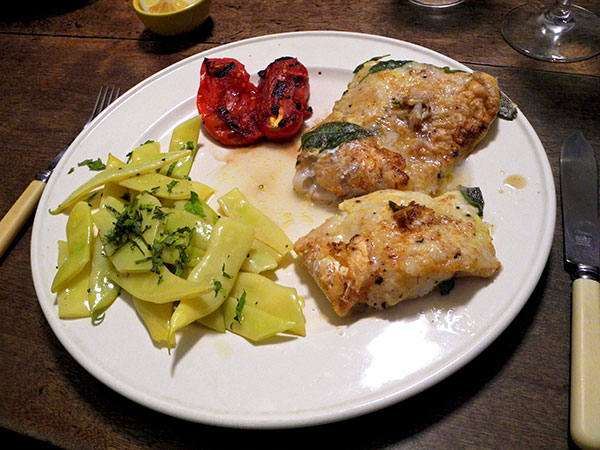 I was so taken with the look of the hake fillet at PE & DD in the Greenmarket today that I didn’t think about what I would do with it when I got home.  Only when I had gotten there did I remember that all of the recipes I have used with hake involved a hot oven.  While the temperature outside was as remarkably moderate today, I had no interest in spoiling the coolness of the evening by stoking a 400º stove.    But hake is very similar to cod, and eventually I remembered a simple and delicious recipe which I’ve used with cod fillet:  merluzzo dorato.    I believe the hake version would be called nasello dorato in Italy, but, in any event, I can say for certain that it was a wonderful surprise:  It was the most delicious hake entrée I’ve ever had.