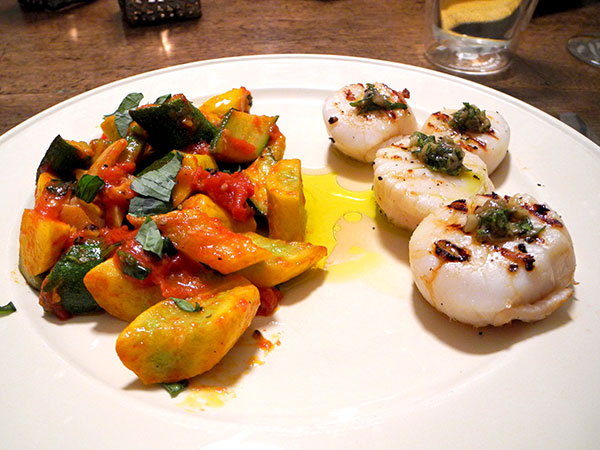 The last time we enjoyed Pimiento de Padrón was as the first course of  a meal which followed with steak;  this time it preceded a seafood entrée.  The only other difference, aside from two the separate farm origins, lay in their Scoville reading.  In our experience with this second meal the little green peppers far exceeded the ratio usually attached to their reputation (a one-in-ten chance of hotness), and the ‘heat’ itself was the most extreme either of us had ever experienced. I’ve since done some checking on line, and in conversation as well:   While it seems that ultimately there’s no general agreement about the cause, the figures for their randomness, or their varying intensity, I’m guessing (after some sensible input from a Greenmarket farmer) that the little green ones might get pretty fiery if denied a lot of water while maturing in the sun.   In any event, I have to say that they’re unbelievably delicious when you can actually taste them.  Salto Mortale.  I’m not sure the Spanish Salto Mortal suggests the same thing, so I’ll just go with, “Los pimientos de padrón, unos pican y otros no”.  An image of the plated hotties appears below. 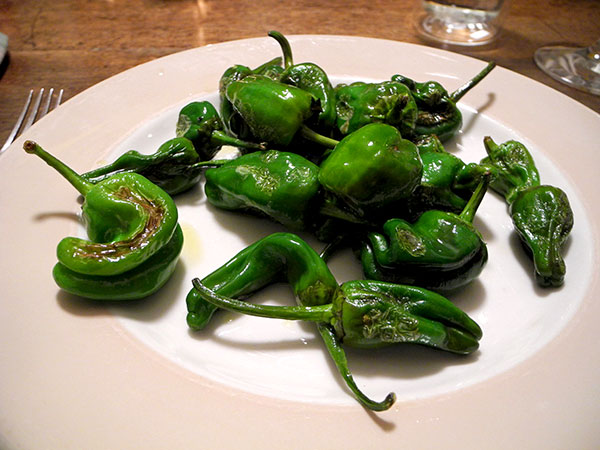