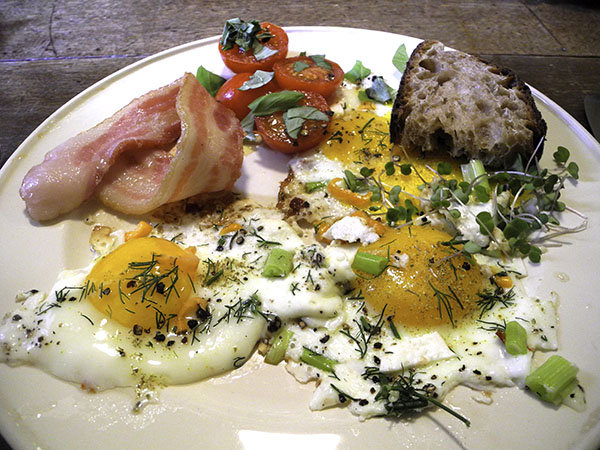 I broke some yolks.

Still, although it’s certainly not related, it turned out to be one of the most delicious versions of my regular Sunday bacon and eggs thing. Maybe I just hit the right combinations in my enthusiasm for adding herbs and spices. The tomatoes however were new, maybe even new to the planet, and incredibly good without much help.

I don’t normally like to make much of what something ‘tastes like’, but these tomatoes shocked me: They tasted a little like fresh sweet corn; go figure.