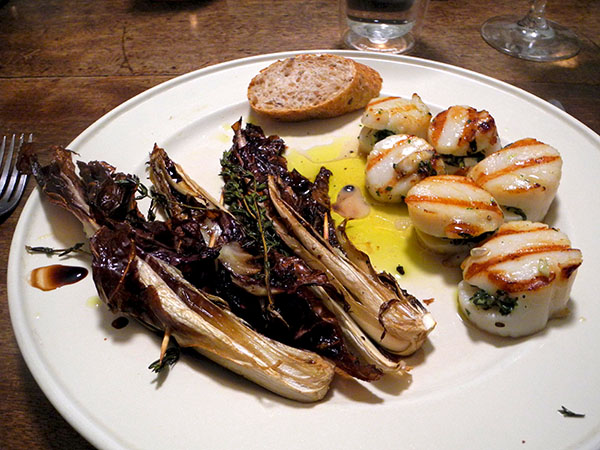 I love this recipe for scallops, even if I sometimes think I should leave these little fanned-shell mollusks to show on their own, skipping the garlic and herb.

And I’m crazy about any radicchio, in fact, any kind of the chicories. There are so many ways to enjoy radicchio in its various guises, but oven roasting is way up there, and it’s a routine which can be pursued pretty much without any stress. Also, if the vegetable happens to be finished sooner than the rest of the entrée, it’s just as good served room temperature.

Fortunately the often brilliant color of a radicchio isn’t it’s only appeal, since much of it disappears after it has been cooked; this is an image of the pan just before it was slipped into the oven: 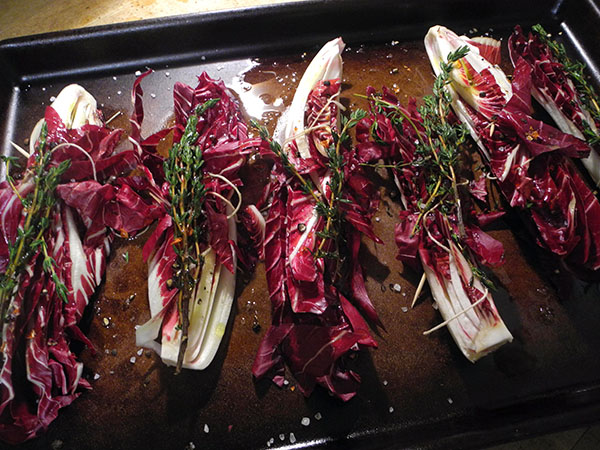