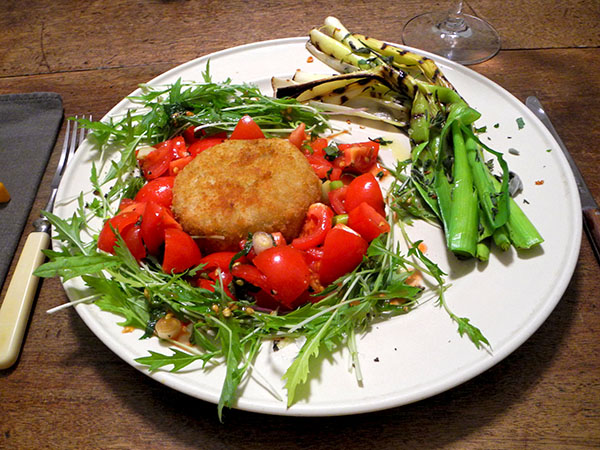 When I think about preparing crab cakes, specifically the ones made by Dolores, the wife of local fisherman Phil Karlin, of P.E. & D.D. Seafood, I often forget just how delicious they are. That changes each time, with the first bite.

On Wednesday evening, there was an additional treat, some New Jersey leeks, which I served grilled. 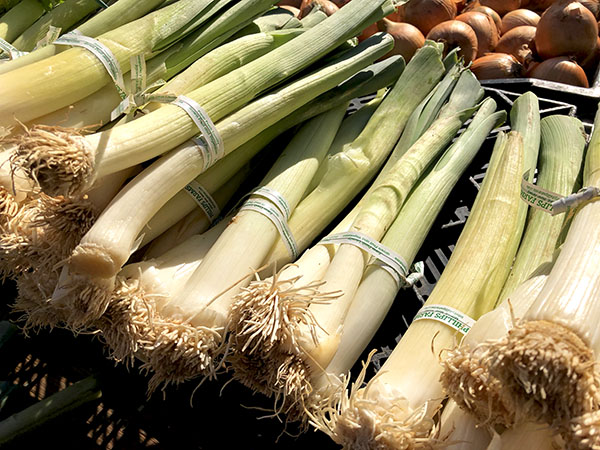