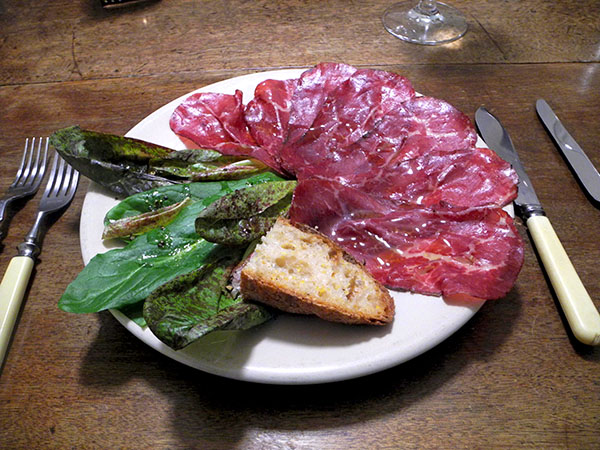 The first course was only a matter of assembly some good ingredients.

The second course required actual cooking, but I’ve prepared the dish, or ones like it, so often that it could also be described as mostly a matter of assembling.

Fortunately, the cooking time (completely unattended) for the second course corresponded roughly to the time we needed to enjoy the first. 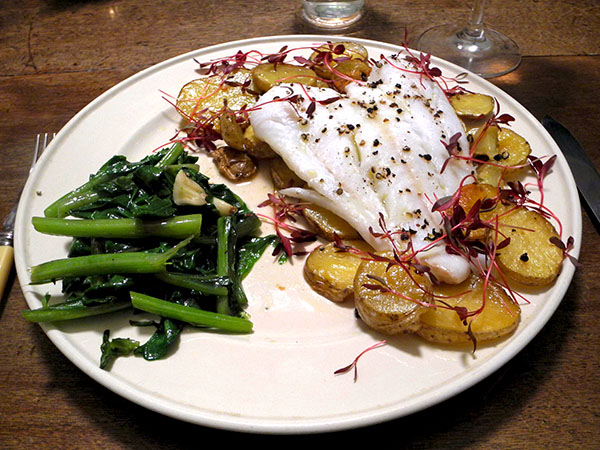