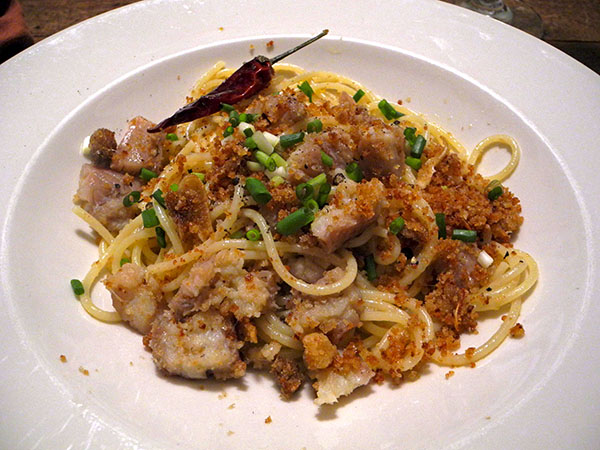 It was the eve of Christmas, La Vigilia, in southern Italy, and in Italian-American families, Festa dei sette pesci, but as we’re neither Italian nor Catholic, I thought we could get away with just one fish last night.

But it was a very special fish, and there was pasta too!

*The pangrattato was prepared by adding about a third of a cup of homemade breadcrumbs to about a fourth of a cup of olive oil in which more thinly-sliced Rocambole garlic cloves and 2 rinsed salted anchovies from Buon Italia had been heated for a short while, and, after being stirred for 4 or 5 minutes, the mixture was drained onto paper toweling, bringing it to room temperature, then placed inside a small bowl