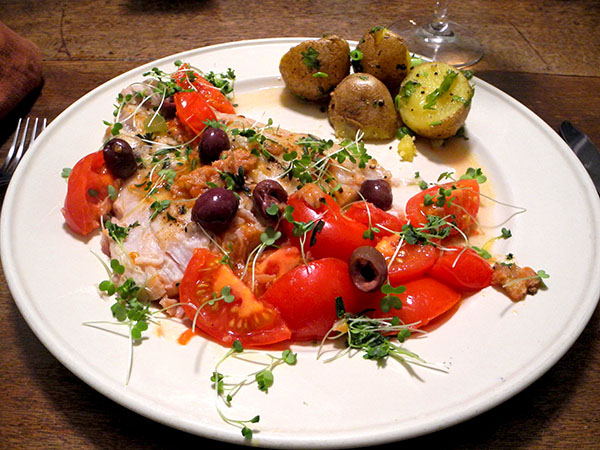 I’ve made this dish before, but I don’t think all of its elements had ever come together as well as they did this time.

There was a fairly short process, beginning with the fish and the olives.. 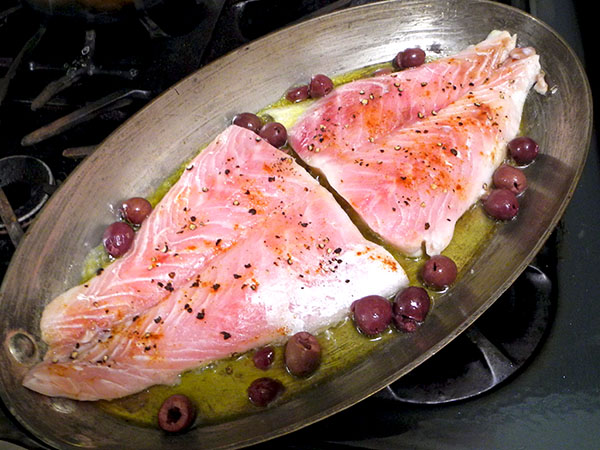 ..and continuing with the tomatoes. 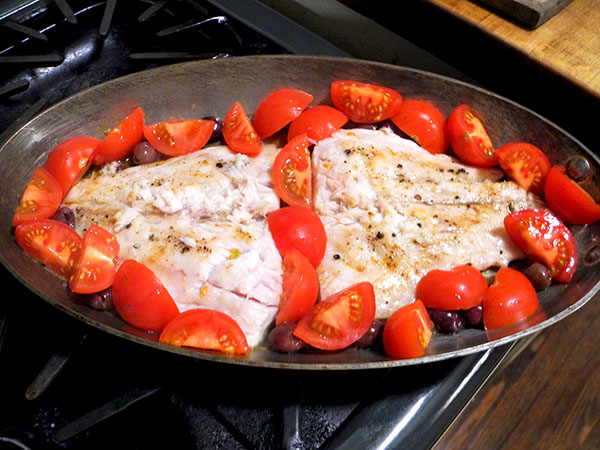