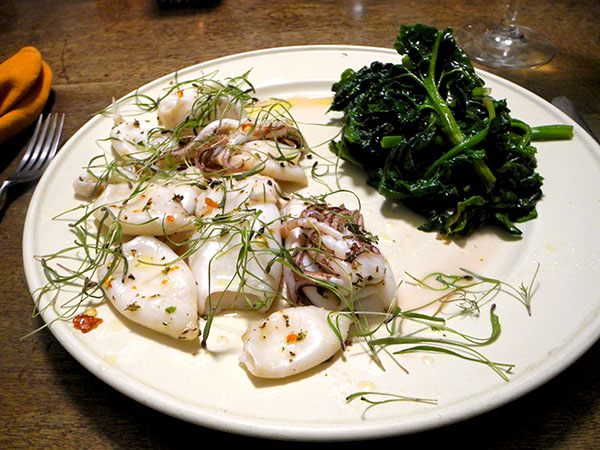 I’m probably never going to understand why squid are not way up at the top of the scale when it comes to popularity, for their taste alone. When cooked with some sensitivity, they are one of the most delicious seafood forms around, and they really need very little embellishment. They’re also completely sustainable, and I think they’re available all over the world, anywhere people might be settled near an ocean.

They’re also apparently very intelligent, but I’m not sure where that fits into this discussion, especially since the only foods we consume that weren’t once a part of a living thing are salt and water.

Squid are definitely among the least expensive delicacies in a fish market, which I suppose might only represent their abundance, and not the disdain of the consumer, but I still wonder about their modest popularity index.

This particular batch, together with the success I had in cooking them, may have been my best experience with this cephalopod, ever.

I suppose the image below, showing how I arranged a pound of squid on a plate after having dried them thoroughly, just before I placed them in 2 oven pans, might say something about how I feel about these creatures. 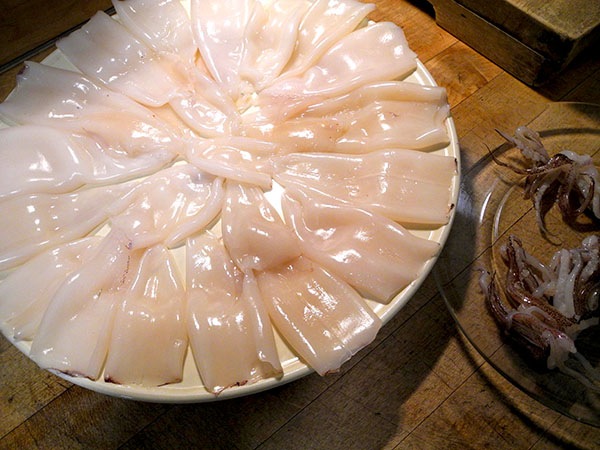 The spinach, which had somehow been overwintered in the middle of New Jersey, even without the ‘high cave’ protection which has ensured so many loyal Greenmarket habitués a supply of green vegetables since the end of the so-called ‘growing season’, was impossibly sweet.