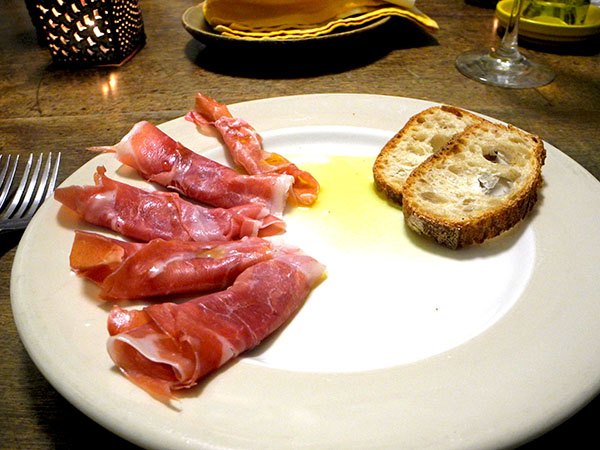 An antipasto doesn’t get much more simple than this, and the primi was only a little more elaborate. 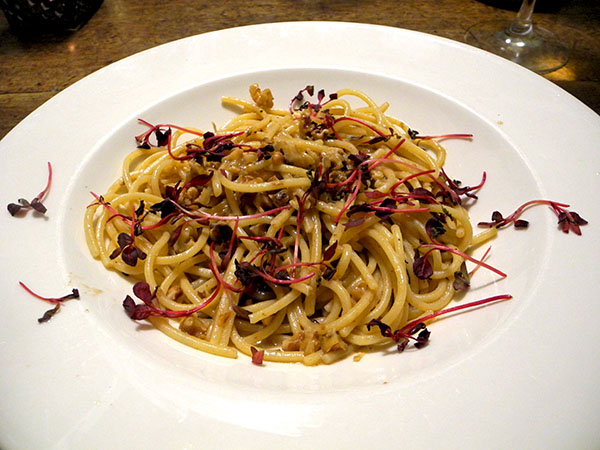 Both pretty Italian, they seemed made for each other on a cool evening.

The salume was actually American (although not local), and, as always with this product, really good! The recipe (which was local) that I used for the pasta was also, technically, American: Mark Bittman’s ‘Linguine With Walnuts And Anchovies’. My only alterations were these:  using a pasta that I already had; introducing a bit of a heatless dark dried pepper to the sauce; and garnishing it with the last of a wonderful ‘micro ‘green’ that still remained in the refrigerator yesterday.