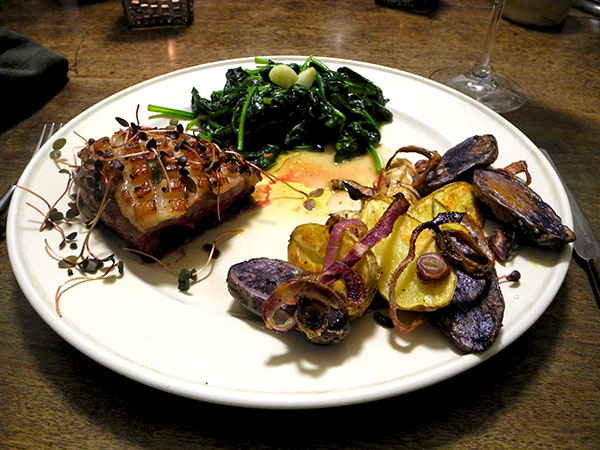 It’s like game. It’s very much like game, both footed and winged. For most people however, it’s far more accessible. Very easy to find, it’s also very easy to prepare.

We also love roots and greens – and offbeat micro flavorings too.

This is the duck breast just before it went into the hot pan. 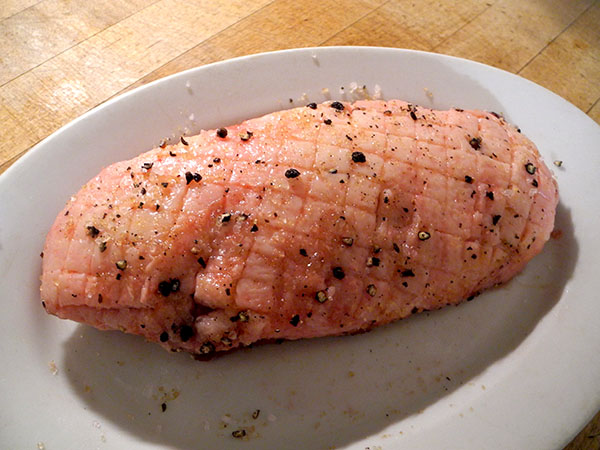 And this is the pan of seasoned and herbed potatoes and onion just before it went into the hot oven. 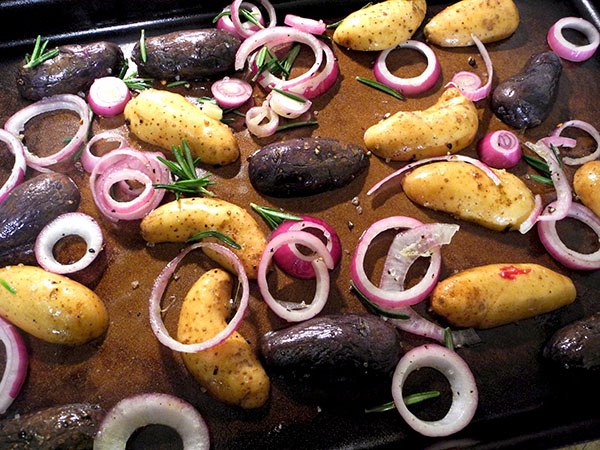 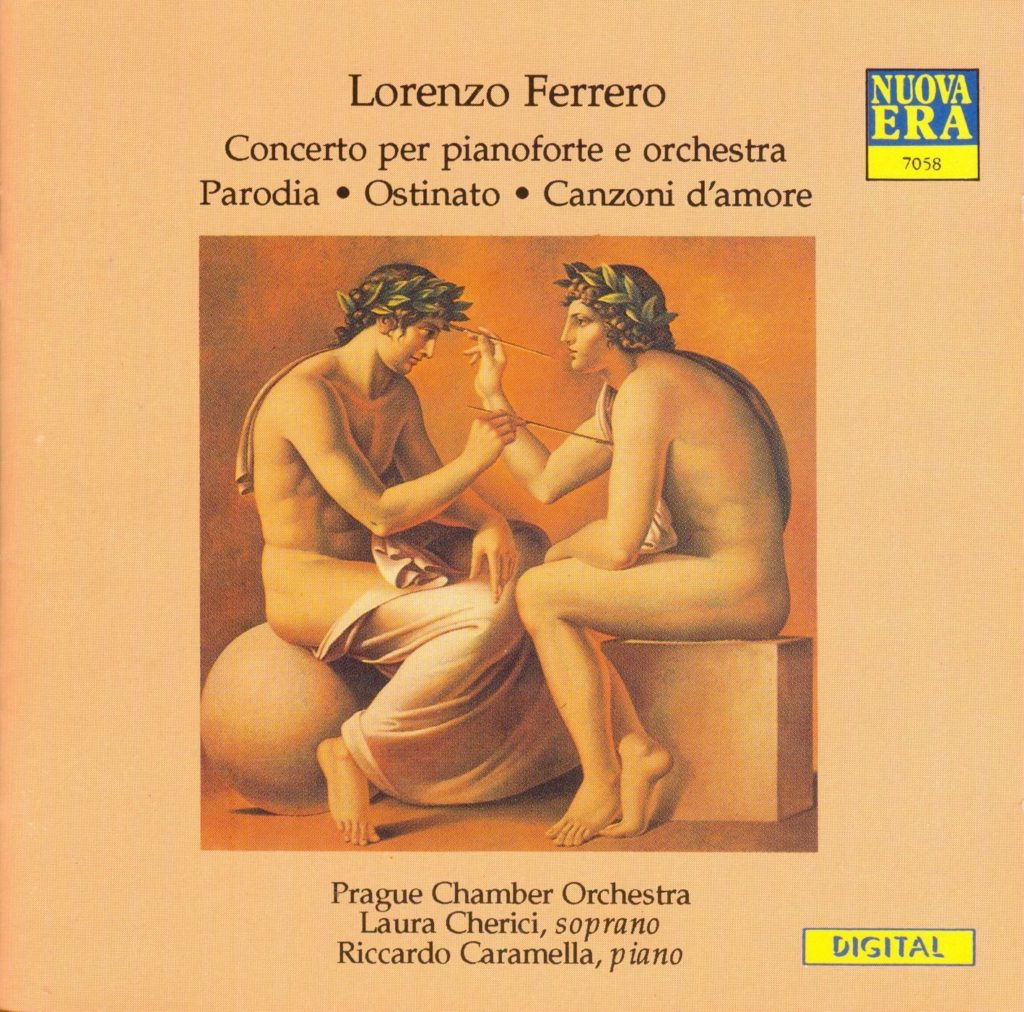 [the CD cover art is ‘La mano ubbidisce all’intelletto‘ [the hand obeys the intellect] (1983) oil on canvas, by Carlo Maria Mariani, an Italian exponent of Anacronismo and Pittura Colta]