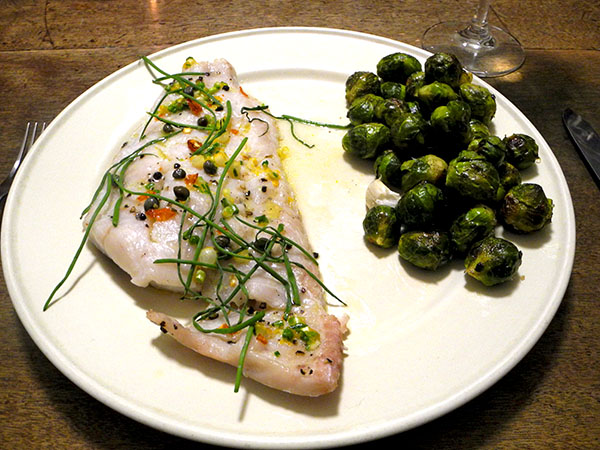 It’s a great fish, and this is a great recipe, especially because it encourages some finely-drawn variations, none of which I think should be considered ‘the standard’.

In honor of these 2 noble fillets, and the delicate condiments with which I decided to grace them, I also added a couple of subtle elements to the yeoman vegetable which accompanied them, Brussels sprouts, which normally, but not always, goes it pretty much alone around here. 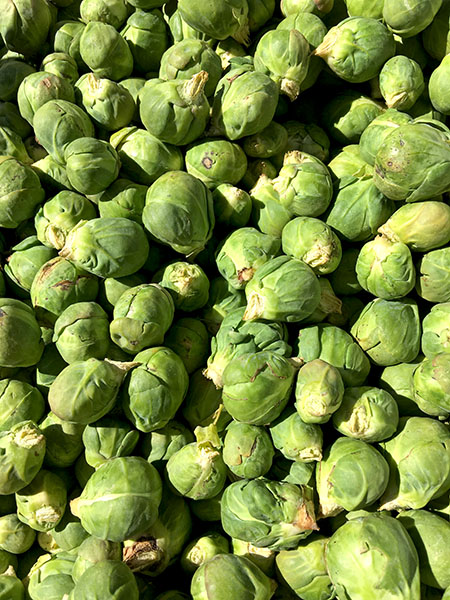 Wild garlic, a harbinger of spring (the season had in fact officially arrived that morning) seems designed to go with this wonderful dish. 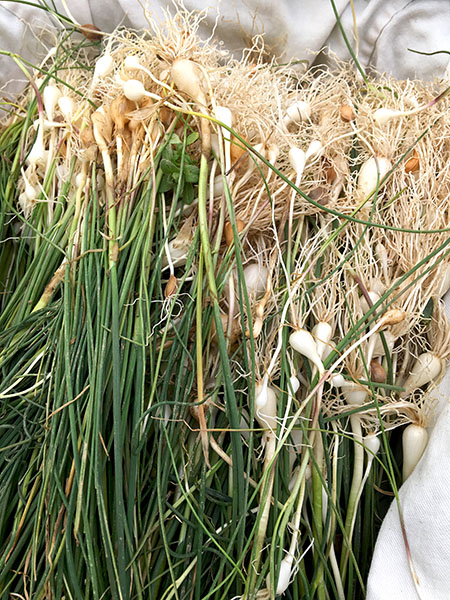